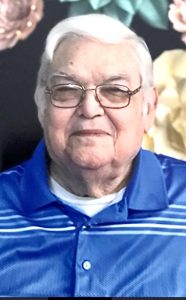 He is preceded in death by his parents and sister Ruby G. Herrera.

Visitation was held on Wednesday August 17 at Trevino Royal Oaks Funeral Chapel in Dilley at 10 a.m. A prayer service was held at 11 a.m. Interment followed at the Dilley Cemetery.