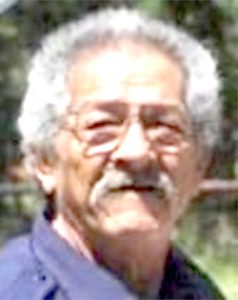 He is preceded in death by his parents, sister Guadalupe Sanchez Ramirez and daughter Aixa Sanchez.

Bernardo worked as a carpenter for many years and enjoyed being outdoors, barbecuing, fishing, playing volleyball, softball and dancing.

Memorial gravesite services will be held on Saturday, August 27 at 10:30 a.m. at the Catholic Cemetery (west side).

Funeral arrangements are under the direction of Trevino Royal Oaks Funeral Chapels, Pearsall.