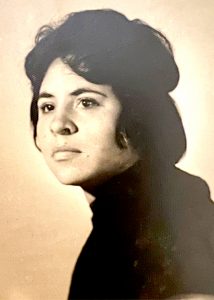 She is preceded in death by her parents, grandson Manuel Perez, four brothers and two sisters.

Visitation was held on Monday, August 29 at Peters Funeral Home from 5 to 9 p.m. with a prayer service at 7 p.m. Graveside services were held on Tuesday, August 30 at 11 a.m. at the Cotulla East Cemetery.