He is preceded in death by his mother Leonor Chavera, brother Eloy C. Vasquez, sister 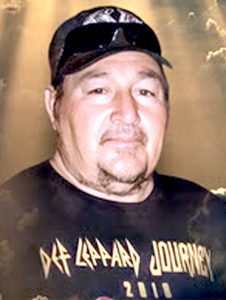 Mario is survived by his father Concepcion Vasquez, sisters Thelma Vasquez, Margaret Vasquez, and Debra Vasquez. He is also survived by numerous nieces, nephews, and friends.

Mario never married nor had any children but experienced “fatherhood” through his siblings’ children.

Visitation was held on Friday, September 23 at Trevino Royal Oaks Funeral Chapel from 3 9 p.m. A Rosary was recited at 7 p.m. Funeral mass was held on Saturday, September 24 at the Immaculate Heart of Mary Catholic Church at 10 a.m. Interment followed at the Frio County Cemetery.