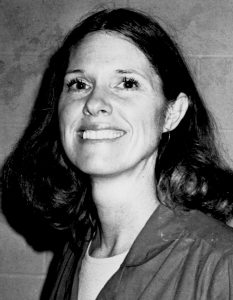 She is preceded in death by her husband Dr. William C. McKay, father Clyde T. McKinley Jr., and her brother Tommy McKinley.

Cindy is survived by her son Christopher Noel McKay of Nashville, Tennessee and his children Simon McKay and Emelia McKay and her partner Rusty Kelley, all of Austin, Jesse McKay and Sam McKay of Dillon, Montana and her son David Hollin McKay and his wife Paula and their son Ely McKay of Bandera. She is also survived by her mother Lanell McKinley of San Antonio, as well as two sisters, Susan McKinley of Kerrville and Cilla McKinley and husband Bruce Stewart of San Antonio. Others include nephews Michael Reddell and wife Rachel, Ben Reddell, Terrell Stewart, and Dylan Stewart, an aunt and uncle, Martha and Charlie Harris, as well as a great-niece and three great-nephews, many cousins and her friend Tina Forehand McKay.

Cindy attended school in Pearsall, graduating high school there in 1962. From there she attended Texas A&I in Kingsville, where she met her husband, Bill McKay. They were married at First United Methodist Church in Pearsall on December 23, 1966. On Christmas Day, 1968, Noel was born in Corpus Christi. The family moved to Lubbock for Bill to finish graduate school and there, on August 24, 1973, Hollin was born. They moved to Houston, then San Antonio before finding their hill country home in the Lakehills community, where they lived for many years. They spent a few years in San Angelo, then returned to Lakehills.

Cindy was a woman of great faith and spirituality. Cindy was a member of the Lakehills United Methodist Church and participated in the Emmaus Program. She taught at a Christian preschool for several years, designing a curriculum using art and music to enhance learning. Cindy also led a children’s program at her church.

Cindy enjoyed being creative, she was a prolific and insightful writer with an eye for the details that paint a picture for the reader. Cindy played piano and guitar and helped inspire two more generations of musicians. She sang in the church choir and enjoyed the old hymns best of all. She was a visual artist and her paintings and pastel drawings are prized family possessions. Cindy also participated in community theater.

A memorial service will be held at First United Methodist Church in Pearsall on October 15 at 2 p.m., to be followed by a reception in the Fellowship Hall.

In lieu of flowers the family requests remembrance of donations to the Silversage at https://silversage.org/ or helping hand at https://www.banderavillageofhope.com/