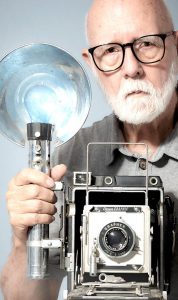 He is preceded in death by his wife Virginia (Jenny) Spicer Smith.

Smith was a contributing photographer for the Frio-Nueces Current newspaper and a former Dilley ISD English teacher. Smith was responsible for school, sports and community news photography for many years at the Current and had earned recognition for his photojournalism throughout a long career, beginning with his coverage of the Civil Rights movement in Alabama in the 1960s.

Smith had his work published in Southern Living magazine over many years and served as photojournalist for the Orlando Sentinel, the Montgomery Advertiser Journal, and the Beaumont Enterprise. In his final years, Smith contributed to the Kingsville Record.

He and his wife Virginia moved to Dilley in the late 1980s and worked for over 25 years at the high school, where he served as head of the English Department and also taught English at the college level through Southwest Texas Junior College. Virginia served as district librarian and high school art teacher. Upon retirement from the school district, he continued college instruction through Coastal Bend College and in the Texas A&M University system.

Smith’s contributions to the Current for more than two decades garnered recognition from newspapers across the region and in 2021 he was invited to speak on his career and offer advice on photojournalism to the South Texas Press Association at its annual convention in Uvalde.

Dean enjoyed traveling, experiencing new cultures and cuisines (and gathering recipes to try out when he came back home), and the stories of the people he met along the way.

Dean and Jenny spent lots of time on the road showing horses but enjoyed being home with their collection of animals, including their canine companions and Appaloosa horses.

Funeral servives will be announced at a later date.