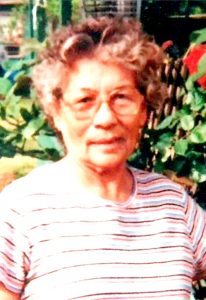 Gomez is survived by her husband Guadalupe Gomez and her daughters Maria (Rolando) Guerrero, Yolanda (David) Ramirez, Antonia Gomez (Alonzo) and Carmen (Mario) Martinez. She is also survived by 13 grandchildren and numerous great-grandchildren, nieces, and nephews.

Visitation was held on Tuesday, October 18 at Peters Funeral Home from 4 to 9 p.m. Funeral services were held on Wednesday, October 19 at 10 a.m. at the Sacred Heart Catholic Church. Interment followed at the Cotulla East Cemetery.