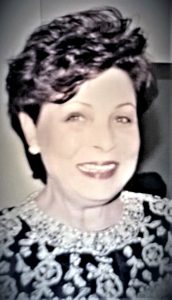 Mary Evelyn graduated from Pearsall High School in 1956 and married Sydney Lionel Bennett III of Pearsall in 1957. She received a Bachelor of Science degree in Secondary Education from Texas A&I College in 1965 and then taught English in Falfurrias, Refugio, and Pearsall. She also held many extracurricular responsibilities. She went on to work at Frio Hospital as a Medical Technologist and later worked at Pearsall Veterinary Clinic as a Veterinary Technologist. Mary Evelyn enjoyed gardening, watching the San Antonio Spurs, and spending time with her family and friends.

The family has asked that memorials be made to First United Methodist Church of Pearsall, American Autism Association, American Cancer Society, Muscular Dystrophy Association, or to a Church of Charity of choice.

Funeral arrangements were under the direction of Hurley Funeral Home and officiated by Reverend Dexter Lesieur of St. Matthias’ Episcopal Church in Devine.