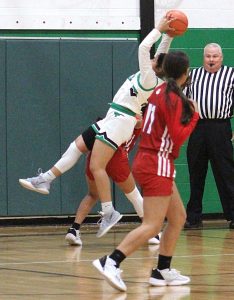 PEARSALL’s Kristen Morales goes up for a rebound during recent tournament action. The Lady Mavs finished sixth overall in action at the Marion tournament over the weekend. (CURRENT photo: Manuel Azocar III) 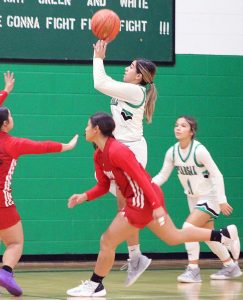 Pearsall lost players to injury and went 1-4 in action at the Marion Basketball Tournament over the weekend.

Lady Mavs head coach Victoria Rodriguez was forced to make some roster changes mid tournament after losing a pair of players to injury and moved up junior varsity players to fill in those roles.

“The tournament definitely did not turn out how we would have wanted, however, it was a really good experience for the young kids,” Coach Rodriguez said. “A lot of the underclassmen were put into positions and roles that they haven’t had before and they handled it well.

“Injuries are a part of sports and every player has to be ready to step up and play.”

Pearsall had a paid of players go down in action on Thursday in losses to San Antonio Davenport and Yoakum and lost a third to injury during play on Friday in a loss to Gonzalez.

Freshman Izaely Ovalle hit a game-winning three pointer at the buzzer against New Braunfels for Pearsall’s only win.

“Several JV players went with us on Friday and Saturday to help make up for all of the hurt varsity players that were not able to play,” the coach said.

The team closed out the event with a loss to Marion on Saturday.

Ovalle was named All-Tournament Most Valuable Player for her performance at the event.

In action prior to the tournament, Pearsall knocked off San Antonio West Campus 26-21 on November 29.

After trailing 8-6 early, Pearsall outscored the Lady Cougars in each of the next three periods to claim the five-point win.

Pearsall was in action at San Antonio Southwest Legacy Tuesday evening and will be at Jourdanton on Friday, December 9. 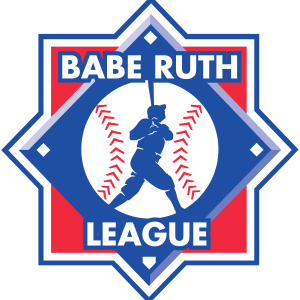 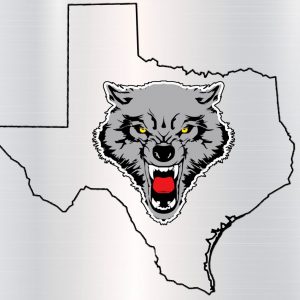 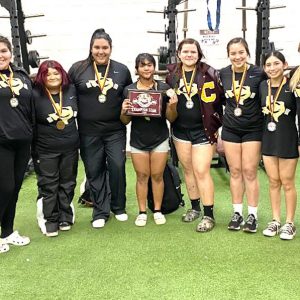 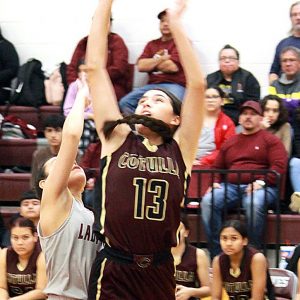