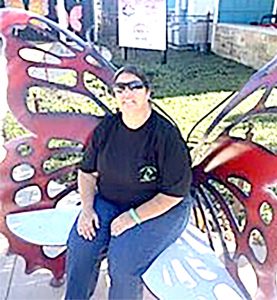 She is preceded in death by her father Ernest Wayne Jones Jr.

Visitation was held on Monday, December 5 at First United Methodist Church in Dilley at 9 a.m. A prayer service was held at 10:30 a.m. Interment followed to the Dilley Cemetery.