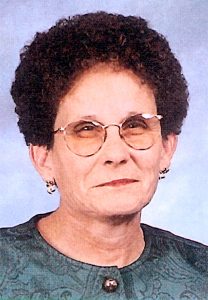 She is preceded in death by her husband of 23 years, her parents, brothers Ruben Lee Murray, Jimmy Murray and Oscar Jr., sisters Florene Murray and Florence Murray and nephew Jesse Lee Price.

The Murray family relocated to Dilley, where Georgia attended school. She worked as a waitress in Dilley, which is where she met her husband Stanley. Georgia and Stanley were married on September 5, 1970 and they had one child, Steven. They eventually moved to Pearsall.

Georgia joined the First Baptist Church in Pearsall in 1996, where she was an active member and sang in the choir.

Georgia enjoyed cooking and sewing, and going to yard sales and shopping.