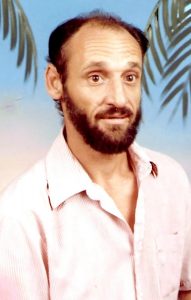 Gilbert E. Ricord, 66, of Pearsall, died on Friday, December 9. He was born to Mannie and Martha Ricord of Devine.

He is preceded in death by his parents and his brother David Ricord.

Gilbert was raised alongside his two sisters (Elizabeth and Eleanor) and three brothers (David, Lonnie and Ricky).

Gilbert worked many years at local tire shops and convenience stores and those who stopped by remember his infectious laugh and friendly nature. When not working, he took every opportunity to go fishing, whether it was alongside his brother Lonnie (Captain) or at the local pond, going fishing was his happy place.

A memorial service will be held on Saturday, January 14 at 11 a.m. at the San Pablo United Methodist Church.