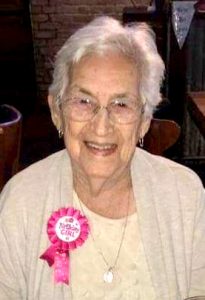 She is preceded in death by her parents, her loving husband, Pedro N. Elizondo Jr., and three brothers, Jose Rodriguez, Nicolas Rodriguez, and Pete Rodriguez.

“Mamá”, as she was called by her family, was a homemaker who raised seven children while helping her father to farm and ranch to support the family. She was a devoted servant to the Lord.

Visitation was held on Friday, November 29 at the Hurley Funeral Home Chapel from 2 to 9 p.m. and a rosary was recited at 7 p.m. Funeral mass was celebrated at 10 a.m. on Saturday, November 30, at the Immaculate Heart of Mary Catholic Church in Pearsall. Interment followed at the Chilipitin family cemetery in Charlotte.

Arrangements were under the direction of the Hurley Funeral Home in Pearsall.