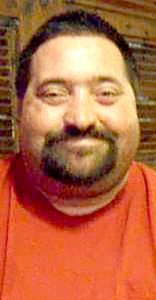 Kevin B. Stephenson died on May 15, 2020 at the age of 45 in Pearsall. He was born on September 30, 1974 to Sharon and Allen Stephenson.
Kevin is preceded in death by his dad, brothers Troy A. Stephenson and Paul A. Stephenson, grandparents Gilber L. Mercer, Wilma Atkinson, L.D. Stephenson, Edna Stephenson and an infant nephew Richard Hall III.
Kevin is survived by his mother and his sister Kimberly (Rick) Hall of Blythwood, South Carolina. He is also survived by several nieces, nephews, cousins and friends.
Private services will be held at the family’s request.
Funeral arrangements were under the direction of Peters Funeral Home, Cotulla.