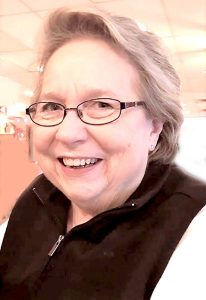 She was preceded in death by her parents and husband Murray.

She was a 1967 graduate of Tuloso-Midway High School in Corpus Christi and attended Texas A&I in Kingsville and graduated with a Bachelor’s degree in Education in 1971. She met Murray at Texas A&I on a blind date and they were married January 9, 1971 and resided in Pearsall where they raised three children.

Diane was a popular elementary teacher in Pearsall and spent her entire teaching career at Pearsall ISD until she retired in 2008. She was an active member of the First United Methodist Church, helping with Bible School, chairing the Worship Committee, serving on the Nurture and Care Committee, attending Bible studies, and playing in the bell choir. She started the Chrismon Tree tradition and put her talents of china painting and sewing to work to create the ornaments that still adorn the church.

Diane enjoyed travelling and sharing her experiences with everyone she met. Her hobbies included painting, China paint, and collecting art and Christmas ornaments from places she visited.

Donations to the First United Methodist Church or the ALS Foundation are welcomed in memory of Diane McKinley.