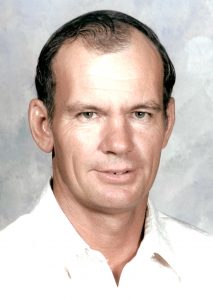 Tommy Ray Whitwell, 79, of Pearsall, died on Friday, January 8, 2021 in Lytle. He was born in Pearsall on October 27, 1941 to parents Clyde Charles and Dorothy Elizabeth (Zinsmeyer) Whitwell.

He was preceded in death by his parents, wife of 50 years Lorraine T. Whitwell, and two brothers Robert Whitwell and Walter Whitwell.

Tommy is survived by his children Jacob and his wife Adriana of Point Comfort, Theresa Traylor and her husband Dustin of Devine, three grandchildren Carla Whitwell, Derek Traylor and Tucker Traylor, brother Billy Whitwell and his wife Elizabeth of Uvalde, and numerous nieces and nephews.

Tommy served in the United States Army and was a longtime member of the Lions Club, serving as their President in 1983-1984. He was a dedicated director for the Relay for Life Program.

Visitation was on Monday, January 18 from 2 to 5 p.m. Mass was celebrated on Tuesday, January 19 at 10 a.m. in the Immaculate Heart of Mary Catholic Church. Interment with military honors followed in the Pearsall Cemetery at 11 a.m. Pallbearers included Dustin Traylor, Derek Traylor, Steven Whitwell, and Wesley Whitwell.

For those wishing to honor his life through memorials, the family has suggested they be made to the Texas Lions Camp in Kerrville.

Anyone wishing to leave condolences, share memories or sign the guest book may do so at www.HurleyFuneralHome.com.

Funeral arrangements were under the direction of the Hurley Funeral Home, Pearsall.