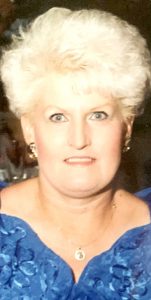 She is preceded in death by her parents Otis Smith, Alex Conrad and Hazel Lorene Conrad.

She married Billy Ricord and had three children and eventually moved back to Devine to be close to family. She worked several jobs and was going to night school while providing for her family. She met her soul mate Gus Roberts of 43 years and they married and were best friends until the end. Beverly Enterprises hired her at the Devine nursing home as a nurse aide and she eventually became an activity director and business office manager. The company offered to pay for her schooling and she jumped at the opportunity. She became an administrator 43 years ago and worked until six months ago. She served on the Texas Health Care Association panel, which helped with regulations for the elderly. She served on many long-term care committees, including the senior Olympic committee, which she was very involved in. She was recognized by the state with the Making a Difference Award for an exercise trail she spearheaded that was a rehab-driven trail. She was also awarded many superior rated surveys.

Beverly was very active in her church where she had worked nursery, taught children’s church and led the church events.

Visitation was held Tuesday February 23 from 4 to 9 p.m. in the Hurley Funeral Home Chapel in Devine. A funeral service was held at 10 a.m. on Wednesday, February 24 at the First Baptist Church in Devine with an interment in the Frio Town Cemetery.

Funeral arrangements were under the direction of Hurley Funeral Home, Devine.