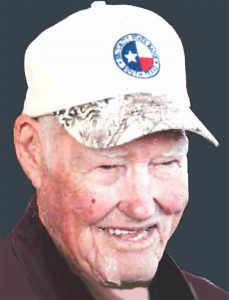 He is survived by his son Michael David Ray, grandchildren Rowdy and Liz Ray and Kamie and Barrett Brotherton, great-grandchildren Weston Ray and Hadley and Charli Brotherton, and other family and friends.

Lloyd graduated from high school in Corpus Christi and fought in the Korean War as a United States Marine. After the war, he played football at Texas Tech University until an injury caused him to retire. He transferred to Texas A&I University in Kingsville where he graduated with a Bachelor’s degree in Agriculture. He later graduated from Southwest Texas State University in San Marcos with a Master’s degree in Education.

Lloyd married his wife Helon Marion Ray and the couple raised their two children, Helon Denise Ray and Michael David Ray, in Smithville. Bud served his community as a teacher, coach, and administrator for Smithville ISD. He later began a career in oil and gas, retiring from Aquila Gas Pipeline in June 2000.

Upon retirement, Bud settled in Pearsall where he lived the remainder of his life on the family ranch.

Memorials in his honor may be made to a charity of choice.