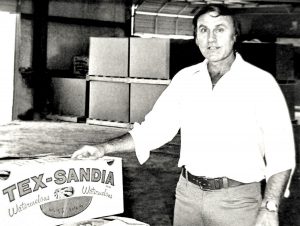 He met Judy Short (Mahan) in Gonzales and the two were married on September 5, 1959. They lived in Dilley from 1961 to 2021 where they raised two boys, Mark Houston and Darryl Wade. Wade Houston Mahan is his one and only grandchild. Joe Mark has one sister, Coylene Mahan Oliver.

Joe Mark grew watermelons and peanuts, something his father introduced to him at a young age and he was able to expand it into a successful produce enterprise from Mexico and throughout Texas. He was also in the cattle business and acquisition of real estate.