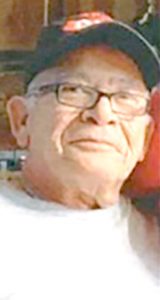 He is preceded in death by his parents, siblings Linda O. Hernandez and Felix Obregon Jr.

Visitation was held on Monday, November 1, at the Trevino Royal Oaks Funeral Chapel in Dilley from 3 to 9 p.m. with a Rosary recited at 7 p.m. Services concluded after visitation.