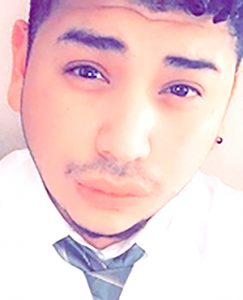 He is preceded in death by his grandfather Evaristo Villesca.

Visitation will be held on Sunday, January 30 at Trevino Royal Oaks Funeral Chapels from 3 to 9 p.m. with a Rosary at 7 p.m. Funeral mass will be celebrated on Monday, January 31 at the Immaculate Heart of Mary Catholic Church at 10 a.m. Services will conclude after mass.

Funeral arrangements were under the direction of Trevino Royal Oaks Funeral Chapel, Pearsall.