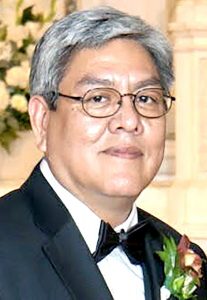 He is preceded in death by his mother Evarista Gonzales and his brother Rudolfo Gonzales.

Joe spent his childhood in Pearsall surrounded by siblings and cousins, traversing the town, and creating memories. He graduated from Pearsall High school in 1975 and spent the following year working in construction to save for college. He attended Sul Ross State University earning a degree in education. While in college Joe paid for school and worked several jobs at a time on and off campus to reach his educational goals. From an early age, he valued the importance of education and carried this throughout his life and into his classroom. He began his career with the Pecos-Barstow-Toyah Independent School District in 1979 as a bilingual teacher. While in the registration line at an educational conference, he met the woman he would spend the rest of his life with. Joe and Sandy were married in 1983 and welcomed their daughter Misela in 1984. After 16 years with PBTISD, he returned to Pearsall and continued teaching until his

Joe had a love of music, movies, literature, sci-fi, volleyball, and recording family memories, but most enjoyed being on the dance floor with Sandy.

Visitation will be held from 5 to 9 p.m. on Thursday, August 11 at Hurley Funeral Home in Pearsall with a Rosary at 7 p.m.