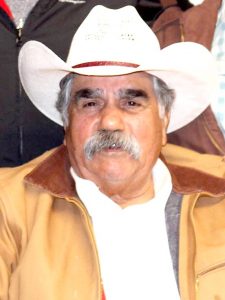 He is preceded in death by his parents, sisters Adelina Medina and Virginia Olivarez.

Trini is survived by his wife of 33 years Cynthia Medina and his four children, Michael and Janae Medina of Goldthwaite, Texas, Christopher and Annie Medina of Georgetown, daughter Irene and Dustin Tepera of Conroe, Texas, Anthony and Susie Dominguez of Pearsall, sisters Grace Medina and Alicia Long of Pearsall and seven grandchildren Brennan, Kylee, Alexandra, Arianna, Jordan, Kase and Kolsen.

Trini was an educator and community leader within the school districts of Pearsall, Carrizo Springs and Dilley.