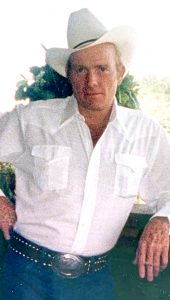 He is preceded in death by his parents and son Robert Cecil “Bobby” Franklin Jr.

Robert enjoyed spending time with family and friends at his home in Cotulla, had many life-long friendships and was always willing to help others. Robert was a Cowboy in every aspect, and was a teacher and mentor to many. He was a Christian, a dancer, a joker and story teller, a talented cook, hard worker – all around oilfield hand, heavy equipment operator, rancher, farmer, cattleman and company owner.

A memorial service will be arranged at a later date.