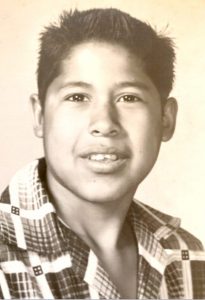 He is preceded in death by his parents, wife Corina S. Rendon, sisters Irma R. Ramos and Frances R. Aguilar.

Guadalupe is survived by his siblings Rebecca R. Berreles (Jesus) of Illinois and Juan R. Rendon Jr. of Pearsall. He is also survived by numerous nieces and nephews.

Rosary was recited on Tuesday, January 17 at Trevino Royal Oaks Funeral Chapels at 9 a.m. Funeral mass followed at the Immaculate Heart of Mary Catholic Church at 10 a.m. Services were concluded at the church.