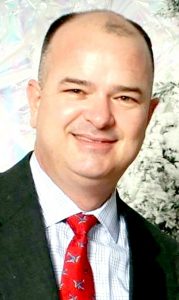 William Duane Beever Jr., 48, of New Braunfels, died on January 4, 2023 at his home, surrounded by his wife and family, following a brief battle with cancer. He was born on September 21, 1974, in San Antonio to Bill and Phyllis Beever and grew up on the family farm in Pearsall.

He is survived by his wife of 18 years, Meredith, sons Trey and Garrett and daughter Emma, mother Phyllis Beever and sisters Bethany (Shan) Jenkins and Britany (Brad) Just, as well as brother-in-law Jeff (Susie) Shipley and many nieces and nephews.

Will is preceded in death by his father Bill Beever, his uncle Gus Beever and his aunt Susie Beever.

The youngest of three children and the only boy, Will gravitated toward helping his dad. That is how, at an early age, he successfully removed every doorknob in the family’s home and later repurposed an old Bronco with his cousin Adam.

Will also inherited Bill’s love of flying. His interest in piloting grew while attending Texas A&M University, where he pursued a degree in Electrical Engineering. He took flying lessons at a local airport and earned his pilot’s license before earning his degree. Following in his father’s footsteps, Will was a member of the Corps of Cadets and Company A-1.

After graduation, Will remained in College Station and began flying as a private pilot for a local businessman. During this time, Will began dating Meredith and the two were married on January 8, 2005. Had he survived, they would have celebrated their 18th wedding anniversary this year.

In 2006, he and Meredith opened Avolar Corp and Avolar Maintenance, providing aircraft management, pilot services, and aircraft maintenance to plane owners in the Brazos Valley.

The two began their family in 2008 with the birth of their son, William Duane “Trey” III. Garrett Howard was born 18 months later in 2009. Their family was finally complete in 2015, with the addition of a baby girl, Emma Lorraine. After Emma was born, Will and Meredith sold their businesses, and Will accepted a flying position with Saturn Aviation in Austin.

He flew for Saturn for five years, earning the title of Chief Pilot in April 2021 and Director of Operations in December of that year. In June 2022, Will fulfilled his dream of being hired to fly for FedEx and began aircraft training on the MD11. He was still training when he learned he had esophageal cancer, and his career was put on hold.

Will enjoyed attending Garrett’s band concerts, watching Trey’s athletic teams compete, and watching Emma perform at dance recitals. His involvement with his children also included attending regular events at their school, New Braunfels Christian Academy. Will was asked to join the NBCA Board of Trustees, where he served from 2020 to the present.

A celebration of Will’s life will be held on Saturday, January 21 at 10 a.m. at Oakwood Baptist Church in New Braunfels. Burial will follow in Pearsall.

Those wishing to honor Will’s memory are encouraged to donate to his children’s school, New Braunfels Christian Academy, 220 FM 1863, New Braunfels, Texas 78132, or online at nbcatx.org.