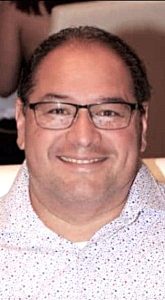 He is preceded in death by his father Antonio A. Davila Sr.

John grew up in a Christian family with his four siblings, mother, and his father. He graduated from Taft High School and attended St. Phillips College while working for his father. He then attended Latin American Bible Institute, Christ Missions College where he met his wife Sherri LeDay Davila. The couple were married December 12, 1998.

John and Sherri became the pastors of First Assembly of God in Pearsall in March 2003 where John has not only served his congregation but has been a community pastor for 18 years.

John also said he had the privilege of fulfilling another calling and passion by pouring his life into young people. He taught at the same school his children attended, The Tree of Life Learning Academy at the First Baptist Church in Pearsall, for many years.

Anyone wishing to sign the online guest book, share memories, or leave condolences can do so at  www.hurleyfuneralhome.com.

In lieu of flowers, the family is asking that donations be made to Global Missions. Funds can be sent to First Assembly of God, P.O. Box 1117, Pearsall, Texas 78061.