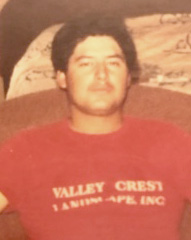 Lazaro L. Martinez, 63, of Brookeland, originally of Dilley, died on October 15, 2019. He was born on December 16, 1955 in Cotulla to Dominigo Martinez and Ernestina Lizano Martinez.

He is preceded in death by his parents and brother, Elio Martinez.

Visitation was held on Monday, October 21, at Trevino Royal Oaks Funeral Chapel-Dilley from 2 p.m. to 9 p.m. with a rosary recited at 7 p.m. Funeral mass was celebrated on Tuesday, October 22, at St. Joseph’s Catholic Church, 10 a.m. Services  concluded at the church.