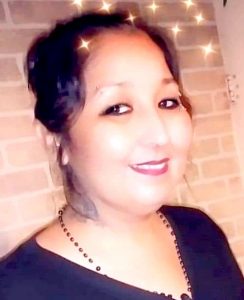 Jesusa (Susy) Rodriguez, 42 of Pearsall, died on January 11, 2020. She was born on July 18, 1977 in Pearsall to Jimmy Rodriguez and Yomeida Carrizales Rodriguez.

Visitation will be on Friday, January 17 at the Trevino Royal Oaks Funeral Chapels from 5 to 9 p.m. with a rosary recited at 7 p.m. Funeral mass will be held on Saturday, January 18 at the Immaculate Heart of Mary Catholic Church at 10 a.m. Interment will follow at the Frio County Cemetery.