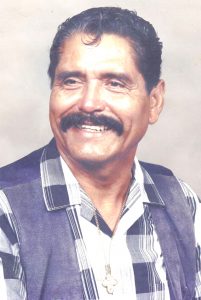 He is preceded in death by his son Alex Ramirez, daughters Connie Ramirez, Cecelia Ramirez and Ester Ramirez.

Visitation was held on Tuesday, January 21 at the Hurley Funeral Home Chapel from 2 to 9 p.m. with a Rosary recited at 7 p.m. Funeral Mass was celebrated at 10 a.m., Wednesday, January 22 at the Immaculate Heart of Mary Catholic Church in Pearsall. Services concluded at the church.